Happy new year everyone…I know, I know...alot of time has passed since the 1st so this is Happy Chinese New Year - all the good intentions I had to do this more regularly has gone by the wayside…surprise!.  Although this is not due to laziness just due to life getting in the way…I have even not had time to paint, which for me is desperately tragic!.
To catch up….ART


These beautiful paintings were painted by Keiko Tanabe - our guest tutor in April - click here for her page on our website detailing the holiday.  We have also just signed on Matthew Palmer, from SAA fame and we are excited about this start to our year.  Matthew is the ideal artist to learn watercolours from as his methods of teaching are step by step which enables the student to gain confidence and learn new techniques. Click here for his details on our website.

As for my painting...have not really had the time recently to get the paints out much but dabbled a bit with this little dachs "Billy" and he was fun to try and have done a couple sketchy nudes Degas style which is the subject that I launched on IDP for this month.  Pop by and have a look. Also on the 23rd January it was the Chinese New year and this year is the Year of the Dragon! Had to be done!


GARDEN
We have now recovered from all those storms that we had before and during Christmas - just!
These started in November and we had about 3 good blows over here which brought down, as mentioned before, many trees.  That though is not the dangerous time…..Those that are left still standings possibly have had their foundations rocked and roots loosened and it is these that are so dangerous as one kiss of the wind, then they come down.  So one morning…this is what we found on one of our barns.
It punched a hole into the roof, but that seemed to be the only damage…..now to remove the tree from the top of the roof.  Poor Drew…Dressed in his lumberjack gear and climbed the damaged fir tree and started to chainsaw through the offending trunk..Unfortunately the tree moved against itself and against the chainsaw got stuck…(I hope his mother is not watching) It would not go at all…So Drew had to get a handsaw to cut the chainsaw out…est voila!  TIMBER!  and remarkable without too much damage on landing either. Then for the clearing up....but lots of firewood for next year!
We have had many visitors in the creature department in the last month.  The deer are still very elusive but make their marks both in our lawn and by what they nibble and leave behind.  Mr. Kingfisher is still a regular visitor fishing for what he can as are the cormorants and the herons and egrets..We are hoping for the swans to visit us again. If you missed the Kingfisher( video here is the link).


The coypu are still a regular pest to us as they cause so much damage to the edge of the lake and we have had to lay traps again as they breed so fast.  And then she came along!!!!...She wasn't quite pure albino as she was slightly cream, but had red eyes...Her grandma tho was pure white!
Pretty when they are like this, but not when they attack you!
As for the rest of the garden, what is the weather doing???? My bluebells are all poking their noses through the earth, but my snowdrops and crocuses are no-where to be seen. Still experiencing such a mild winter, but not really complaining.  The levels of our lake are now full to brimming so the fish (and Drew) are happy!.


Underfloor heating extended to the living room.
Update on the underfloor heating project.  As you are aware we completed the refectory before Christmas and its incredible how warm it is in there without the boiler running or a logfire.  Because of Drews foresight, he bought a larger heat exchanger pump that would handle this increase in volume and we managed to extend the flexi pipes under the floor (in the trench that we built under the tiles a few years ago) that would eventually carry the water around the system. This with Drew’s tenacity was achieved with not too much of pulling out of hair. Then the task of lifting the chipboard flooring took place, numbering each section to reveal the 18 inch drop below with the network of breeze blocks in place ready for a future event like this one.  We then had to build 180 boxes like these to support the polystyrene where the pipes would be laid and then covered in cement. 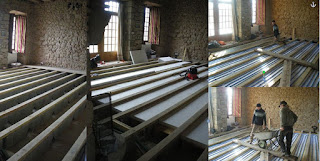 Yesterday 23rd Jan, the pipes were laid without too much hassle…..and today the cement is in the process of being placed ontop of the pipes.  Then I think we have to wait a week or so for the cement to go off.  Floor back on and then we shall see…..will let you know!

LINKS I LOVE
Check these out...Some recent links that I have discovered.


If you love making things, craft, cooking, recycling, furniture renovation this site is for you and there is zillions more.  http://www.curbly.com/users/diy-maven/posts/13294-the-8-most-colorful-cities-on-the-planet  (They also have a facebook page)...Initially found them by looking for recycling furniture ideas (look under Topics and Thrift) and then the craft and then the kitchen  - I could go on..take a look but don't just put 5 minutes aside....
This though (painted  towns) is amazing and I am astonished that I had not ever seen reference to these before...!


This site I found around 2009 and was hooked but like everything forgot about it till recently as I didn't know then you could log in and get emailed when blogs were updated...


http://laurelines.typepad.com  She has a wonderful way of sketching and comes to France alot too and has lovely sketches of Paris etc.


This was an article I saw in the Mail online the other day and was reminded how important sketching artists were before the camera took over...interesting!


Extreme sketching   http://www.dailymail.co.uk/news/article-2089591/Amazing-sketches-Antarctica-arrival-cameras-changed-world.html
In future I will try and post stories as they happen as these are starting to get a bit long and with fear of boring you……So till next time have fun and catch up then.  Please feel free to leave a comment.
Bx
Posted by Bix at 10:42 AM No comments: 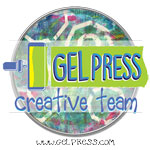